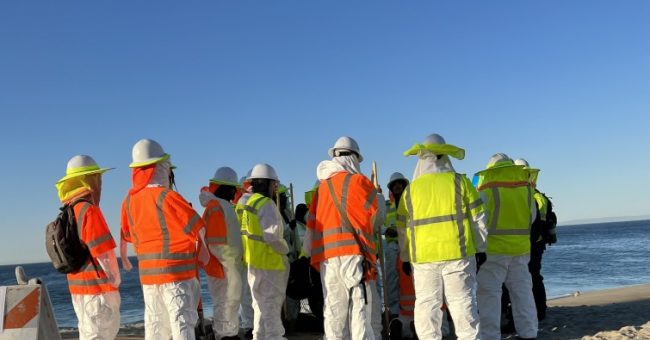 By now, you’ve no doubt heard of the recent oil spill in Southern California that’s polluting the ocean as we speak. It is no small amount since 100,000 gallons of crude oil spilled into the sea and with the ire of different parties rising due to this mishap. Not only is this seen as a waste of money and a waste of environmental health, but apparently, the company responsible for this spill has a history of lesser mishaps that could have led to this incident and may now face serious consequences as a result.

Speaking of which, let’s take a look at the company in question. Believed to be originating from a pipeline around 100 ft underneath the pacific waters near Orange County, as mentioned before, over 100,00 gallons of crude oil are connected to platforms Elly and Ellen, respectively. That’s over 120,000 gallons of oil gone to waste into the ocean, where a great deal of the marine life will undoubtedly be adversely affected, which can cause penalizations for the company primarily responsible for overseeing this pipeline.

On the surface, you wouldn’t initially expect a relatively small company like Amplify Energy to be responsible for such a large oil spill to occur. Once you scratch beneath the surface and their history of mishaps, the picture resembles inevitability. Beta Operating has developed a bad habit with bad practices, going so far as to rack up 71 non-compliance incidents. Matters were getting so vile that an entire facility tied to the company was closed due to poor conditions and massive violations. Such a mistake has caused the stock to plunge 44% due to this incident, and it’s subsidiary Beta Operating can take the lion’s share of the blame for what has occurred here.

Amplify Energy will be reaping many punishments for what has occurred, evidenced by the past reprimands they received. Their subsidiary Beta Operating Co got fined $85,000 for the many incidents and their disregard for safety. One worker was unfortunate enough to receive over 90,000 volts of electricity after not wearing the correct protective equipment. Another occurred when a safety device was bypassed with oil released through the boom. These are just a few of the more notable mistakes that they’ve made that have been at the very least negligible and at most highly dangerous and life-threatening. There’s a large likelihood that more of these penalties will be just around the corner once all of the damage has been accounted for.

The further damage that this will do to the ecosystem is enormous, as reports say many birds and fish have died. The penalties for Amplify Energy and its subsidiary will undoubtedly be hefty. There’s no telling how significant the penalties are going to be as a result of this mishap. What is known is that conversations as to how difficult it will be to prevent such an accident again are looking to be tense going forward.