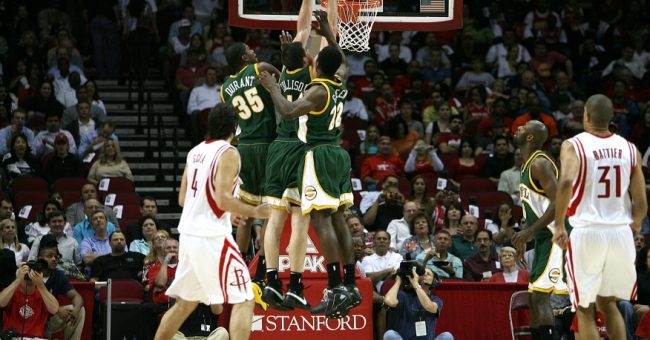 The pandemic has affected sports in many ways, with a clear shining spotlight on the NBA more than others. Many cities throughout the United States have taken a hard stance regarding the importance of displaying that you’ve taken your Covid vaccine, which has profoundly affected the National Basketball league. With certain players holding out on preventing themselves from taking the vaccine, their pay has become quite tense.

After how disruptive covid was last season and the season before that, with the inception of covid due to players being in quarantine, it was inevitable that the league would take steps to prevent this from happening again. Many other sports leagues already have taken hard stances with the inception of the vaccine. So it only makes sense that the NBA would encourage players to take the vaccine, with over 90% agreeing with such sentiments. The remaining 10% could prove to be a headache depending on which way the wind blows.

Amongst the most notable holdouts of players are star players Kyrie Irving from the Brooklyn Nets and Andrew Wiggins of the Golden State Warriors. Both of which earn over $30M this season alone should there not be any deductions. Both of them stand firm in their refusal to get the vaccine, with Andrew Wiggins citing religious reasons rebuffed by the league and Kyrie Irving dodging and outright avoiding the conversation for the most part. Therein lies the critical issue, however.

Remaining unvaccinated could be a significant issue for both players, especially in the case of Andrew Wiggins. Due to vaccine protocols in California, especially in San Francisco, if Wiggins remains unvaccinated, he would be unable to play for the Golden State Warriors at home in the future, meaning he could very well miss half of the team’s games. In Irving’s case, if he’s unable to play a game, he will lose $425,000 a game every time he misses one. Such a state of affairs could be the norm for players that lose their games because they refused to play, much like how Ben Simmons of the 76ers lost money for sitting out due to a separate disagreement with his team.

Some might say that the NBA is a tad cruel with their penalties, and you could make that argument from a certain point of view. With that said, with unvaccinated players playing in a sport where physical contact is the norm and in a pandemic where not even a vaccine makes you safe, a single infection could bring down half a team and eliminate many games that could happen as a result. With those canceled games comes a significant loss of money, which was felt in the bubble playoffs when the Lakers won a championship with Lebron James, yet the league still took massive financial losses since so many games had to get cut.

Even though certain NBA players may not like the idea of getting vaccines, it doesn’t change the fact that they are part of a business. The NBA is a business that is interested in lowering infection rates to the point where it becomes nonexistent, so it doesn’t hemorrhage money like it did in the bubble. And when it comes to protecting those interests and income, the league will do what it feels necessary to preserve said income.