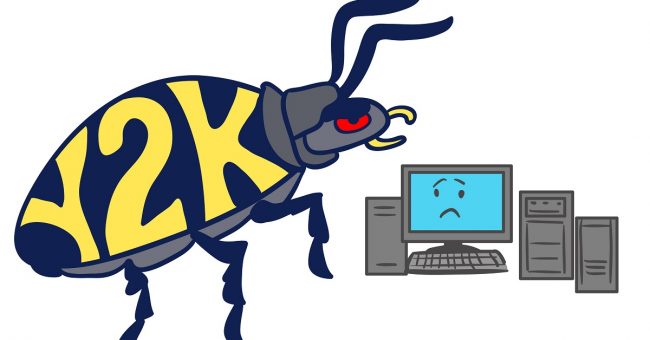 If you are old enough to remember the Y2K bug, also known as the 2000 Problem and the Millennium Bug, then this entry will serve as a blast from the past for you. But why exactly did this happen, and how was it resolved? Today, allow one of the most trusted IT support companies in Orange County to give you either a flashback or a brief history lesson (depending on how old you are) on this historic time for computers and information technology and find out for yourself.

Long story short, computer programmers realized that digital clocks and timers all around the world might not be able to read the number 2000 and instead default to 1900. Despite that computer technology was rapidly growing during the 1990s, these machines had very limited memory storage available compared to the computer systems we have now in 2022, simply because storage was expensive. Computers during the 20th century would only store the last two digits of the year. For example, December 31, 1999 would be 12/31/99. The public feared that this would mean failures for banking systems, water pipe systems, military CPUs, and airline flights, which is a pretty sizable concern. Imagine losing all of your savings in the bank because of one glitch, a nightmare worse than that horror-thriller you watched last Halloween. This issue was dubbed Y2K, “Y” for “year,” and “2K” for 2000. Believe it or not, though, despite Y2K not becoming a public concern until the tail-end of the 1990s, the issue was first brought up decades before in 1958 by Bob Bemer (1920-2004), a computer scientist working at IBM (and yes, there were very early models of computers in the 1950s!), but people, of course, assumed that technology would be advanced enough in 41 years to be able to cross that bridge once they got there. Besides, in 1958, the United States was busy being proud of launching the Explorer, the very first satellite, into space.

Some political leaders had their own concerns regarding Y2K. Then-Connecticut senator Christopher J. Todd expressed, “I am very, very concerned that even as government and business leaders are finally acknowledging the seriousness of this problem, they are not thinking about the contingency plans that need to be put into place to minimize the harm from widespread failures…. I think we’re no longer at the point of asking whether or not there will be any power disruptions, but we are now forced to ask how severe the disruptions are going to be.” Conspiracy theories even floated around January 1, 2000 through word or mouth, print publications, and television programs, claiming that not only would computers, ATMs, and all sorts of automated machines malfunction, making everything as people knew it go haywire, such as airplanes falling from the sky, but that the entire world would come to an end as a result. While the Gregorian calendar is, of course, an entirely man-made concept, people believed that the computer bug would essentially have the potential to collapse societies, thus causing an apocalypse due to all the machines failing. There was even a Y2K Expo held where people could buy essential supplies such as water to prepare for the alleged “end of the world.” Meanwhile, The United States government responded to this widespread fear by spending over $134 billion to resolve the computer error. Then-President Bill Clinton signed the Y2K Act in July 1999 to protect companies facing lawsuits due to the Millennium Bug.

Computer programmers proposed several solutions to the issue. You could get a bunch of them to manually change these dates, but this would have taken forever, even years, and who wants to do that? The world simply could not wait, so what was there to do? Eventually, programmers decided that the best measure to change the coding from a two-digit to a four-digit number for the year, so instead of 00, you’d have 2000 so the computer doesn’t think the year is 1900 or even 1800. So what exactly did happen on January 1, 2000? Well, there were a few problems, but there were nowhere near as severe as they were made out to be. For example, emergency alarms in a nuclear power plant in Japan went off, and lottery machines in the United States malfunctioned. So essentially, this incident was way overblown by media outlets and made to be a bigger deal than it actually was.

Over the course of human history, there have been many popular predictions made by people regarding when the world would end, including the more recent May 21, 2011, and December 21, 2012, but fortunately, we are all still here. All that well ends well, right? Well, at least for now. Fortunately, it’s absolutely safe to say that over the last 2 decades since the Millennium Bug, a lot of advancements have been made to computers and Orange County IT solutions. While this particular bug won’t happen again since the year 2000 has now passed, some people believe that a similar problem may arise in the future, most notably the 2038 problem. On top of that, will people living in the year 3000 have to deal with the same issue, or will civilization be far more advanced than we could ever imagine it by that point where an error such as that will not bring any sweat at all? Fortunately, none of us will be around to have to deal with that particular issue, but that doesn’t mean that a similar problem within our lifetimes isn’t within the realm of possibility at all, but we are cautiously optimistic that technology will continue to change for the better within the next 16 years.

That’s why if you are in need of a new tech company that will be able to help you navigate through the seemingly-confusing world of computers and prevent your own Y2K problem, please drop Newport Computer Group a line today! As one of the most respected IT support companies in Orange County, our friendly experts are able to step up to any task you need to be done. Please give us a call at (949) 436-8324 or email us at info@newportcomputergroup.com. You can also fill out our contact form here on our website. We can hardly wait to assist you!