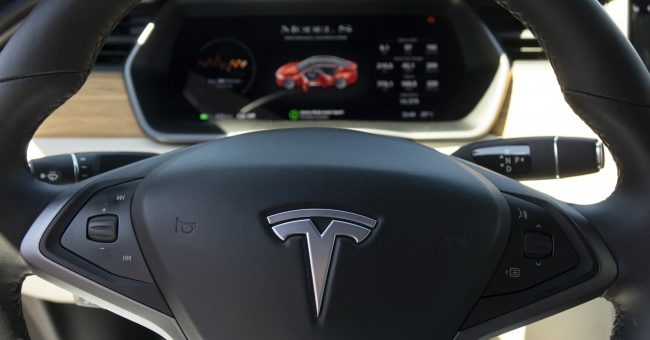 For those wondering when self-driving cars will be sent out and updated for total usage, you may be interested to know that such vehicles can now be tested by those willing enough in the general public, courtesy of none other than Tesla. Rumblings in the automobile scene about how and when the popularity of this concept would come about stirred. It seems as though with this newest update, those who have the eligible cars for this program can now download an update that would allow them to test this feature out firsthand.

Before people get excited, take a look at the fine print above all else. The program, in particular, features an autosteer feature that will allow your car to navigate throughout streets and turn when needed, without you, the driver having to bend or control the wheel itself physically. It displays quite a bit of initiative when going where exactly you want your vehicle to go, which in turn allows people to have more of a relaxed, hands-off approach when reaching your destination.

Unfortunately, Tesla couldn’t stress enough that these features should be treated as a beta test, meaning that it is incomplete and mistakes can happen. Tesla has issued a warning that drivers should at the very least keep their hands on the wheel to make necessary adjustments should the mistakes mentioned above be made. If you’re not careful, an accident can become more likely than you might think. Since the program is a beta, make sure to treat it as such. Drive defensively and with caution if you desire to use the beta to avoid accidents.

How do you acquire it?

As mentioned before, not everyone will have access to the program, and only those with some of the most recent Tesla releases will be able to use said program. Subscription to the FSD package will also be necessary, which can cost you around $200 a month if you’re willing to go through with it. Though not many people, even those with subscriptions, are not entirely eligible, you need to have a perfectly rated safety rating to be eligible to download the program.

Controversies with past programs

Though this technology is revolutionary and sought by those looking towards the future of vehicles, skepticism, and concern of the program, have not changed. Not only have there been probes by the federal agents to verify the feasibility of such an idea, but past programs, including the past autopilot system, have also justifiably drawn decent amounts of criticism. These matters have led to concern about future damage before these ‘mistakes and errors become fixable.

The success of this idea remains to be seen, and the number of people who will qualify or want to take part in this early access navigation program. You need to understand that it’s going to take time before it’s fully completed and reaches its fullest potential when it comes to new technology like this. However, should it accomplish this, the value of Tesla’s cars can only go upwards.