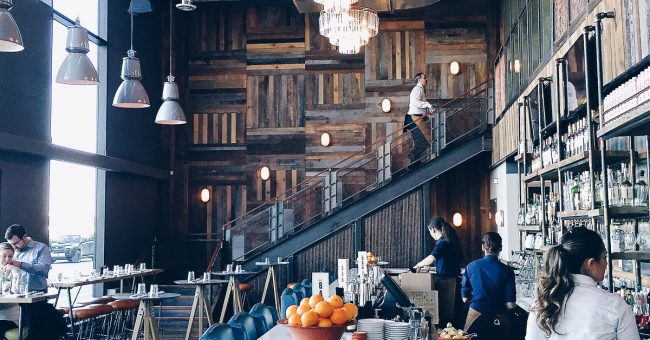 As the pandemic continues, so does the issue of businesses finding workers to assist in their businesses. Such a case is particularly relevant for restaurants, retail stores, and delivery companies as they struggle to fill their stores with employees that can help keep their businesses afloat in these uncertain times. In August, most of the quitting for these jobs reached their highest point, and attempting to bring these people back into these types of employment has been akin to chewing one’s teeth on rocks. Let’s find out the why, how, and how this affects the economy.

When you look at the number of people that quit throughout America since August, the amount has concerningly been over 4 million, with the quitting rate itself nearly being at 3%. As mentioned before, most jobs that have found themselves bereft of these workers have been businesses such as restaurants, retail, and bars feeling hurt in terms of the amount of hired help they’ve lost throughout the pandemic and August in particular. To get a better sense of the numbers, over 700,000 retail workers have quit their job while those in the food industry lost just under 900,000.

The problem here is not that there are no jobs available. The American economy is still strong despite the inflation and heightened debt increase throughout the pandemic. There were 11 million reported job vacancies from July, which only dropped to more than 10 Million in August, signaling a slow acceptance of jobs as of late with no signs of speeding up in the future. With this slow increase in hirings, job openings began closing up as a result.

One primary reason why people have been so willing to forego their jobs and occupations is, of course, the pandemic. Many characters were initially furloughed or let go from their jobs once the pandemic originally started since many industries could only operate in a limited capacity, fewer workers were required. When businesses began opening back up again, they expected the let-go workers to come back to their jobs. With the extra time the pandemic afforded them, people began to look at their often minimum wage jobs differently, feeling they could do better. The increase in remote work only influenced this further as people wanted to find better ways to spend their time making money. Many other people in the industries mentioned above began to notice this and thus began quitting their jobs to find greener pastures in life. The situation has, in turn, forced employers to raise their pay and create incentives for people to work at their establishment in a desperate bid to acquire hired help. Whether the changes to wages will affect the draw for more jobs is unknown and can only be seen through observations for now.

How the future of jobs will be affected is unknown. Still, there is no doubt going to be a change in the job industry with this increase in wages and benefits and how fewer people are feeling unsatisfied with low-wage jobs and attempting to subsist off of them.