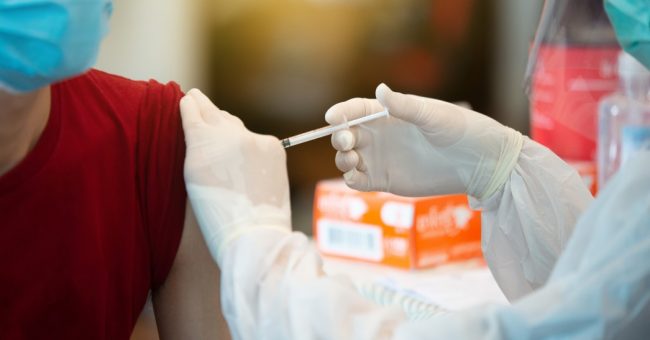 To say that President Biden’s covid mandate is being met with some very stiff resistance by the American populace would be a gross understatement according to businesses throughout the country. Matter’s have become so dire that even police unions are putting cities between a rock and an awkwardly hard place. In particular, the response from businesses was especially telling, and it’s important to understand just why many of them are asking the president, at the very least, to delay the mandate to come to some form of compromise. Let’s take a look at just how dire this situation is.

Recently The White House, or more specifically, the OMB (The Office of Management and Budget), had several meetings with some of the most influential individuals, groups, and representatives of the private market, including those that represent the interests of businesses in shipping companies, dentists, and retail. With the amount of gutting from initial layoffs and subsequent resignations, the latter is especially problematic. If any of their employees refuse to take the vaccine and are forced to put in their resignations, it could leave many companies unprepared for the rapidly approaching holiday season.

These companies have every right to be worried about those holidays, as it’s shown that American’s are showing little inclination to be told that they need to be vaccinated. KFF polls have shown that 30% of workers are willing to quit their job to avoid vaccination, with a shocking 12% saying that they’re outright ready to get the vaccination at all. With numbers like these displayed, it’s pretty understandable that businesses are greatly concerned about how their already low-staffed jobs will turn out going forward. Many lobbyists are hoping to push the mandate deadline to late January to relieve some of the stress on supply chains and retail stores due to the holidays and thus perhaps buy time to avoid a worst-case scenario.

While some organizations believe that vaccinations can increase work productivity by lowering the possibility of infections that force people to go home, it’s becoming very trying for the country to reach that milestone. You see, throughout the pandemic and the introduction of the vaccine, the Federal Government has been hoping that the bleeding of the job sector would eventually come to an end. Unfortunately, They’re dismayed at the sight of over 4 million workers quitting their jobs, most of them coming from already frayed retail workers. The issue only adds concerns from business leaders in the country about the forced implementation of the covid mandate.

What makes matters even worse for these retail stores is that due to the pandemic, factories that make the goods they would sell, particularly in China and Vietnam, have been shut down due to covid infections. Adding onto the fact that covid is already straining the number of supplies coming in, with the fact that shipping companies are bleeding workers, it’s understandable that they don’t want the issue to worsen. It’s significantly worse for companies just over the 100 worker limit that would fit the need for the vaccine mandate. Should these smaller businesses that barely include mandate qualifications lose vital workers, more prominent companies could overtake them, creating economic stagnation.

The problem for the United States is that they’re in a lose-lose situation that’s difficult to remedy. On the one hand, if they don’t push through the vaccine mandate, they run the risk of more people getting infected within the work sector, which could cause another massive wave of infections throughout the country. However, to doggedly push it through all the same is no better since you could be putting the economy at further risk with even more resignations, not just in the business sectors but in other vital industries such as police unions. With standoffs and quitting becoming a reality, it’s not an enviable position that President Biden is finding himself in.