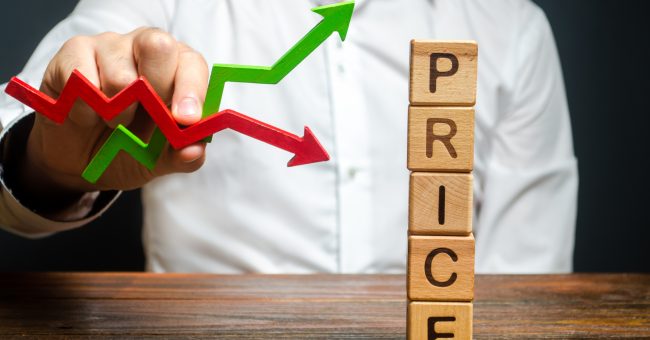 Ever since the pandemic began, the rise of Inflation has been a premier cost for many Americans that have a pulse on the economy. This Inflation has come about due to the American government printing large swaths of money in the face of the financial crisis brought about by Covid-19. Many financial experts are growing ever more concerned as prices continue to rise for many goods, whether food or, more importantly, gas prices. Let’s look at just what has become more expensive and how long this Inflation may last.

There’s no denying that this is one of the highest inflation rates that America has seen in quite some time, at least since 2008. Inflation has continued to climb so high up in the fact that many consumer goods prices rose by over 5%, making the average American’s life considerably more costly since the pandemic started, especially with the turn of September. Matters are becoming so dire that retirees’ savings are being affected, leading to concerns at the federal level as to what is necessary to counteract this growing issue.

As mentioned before, Inflation has affected many goods, and it’s becoming costly for people to purchase items. For example, beef has risen over 12% throughout the year while other things such as fish and eggs have risen 8%, making even the most common goods more pricey for the average American. If that wasn’t bad enough, automobiles have predictably been increased in price, not just because of Inflation, but because of how difficult it’s become to acquire certain car parts overseas with the added issue of strained supply lines. All of this is according to the Consumer Price Index.

The federal reaction has been slightly more alarming, on the other hand. The feds believe that this is a 30 year high of Inflation compared to the consumer price index 13 years high. Despite such concerns, they have been adamant that this record-high Inflation is looking to cool down with the end of summer as the emergency stimulus methods used throughout the pandemic look to be calming down. Sadly matters are not too simple in which a complete rollback can be immediate due to the current job situation.

Convincing Americans to get back to their jobs before the pandemic started has been a very trying exercise. The job crisis has made the inflation crisis rather precarious because many jobs in desperate need of filling are shipping and transportation jobs for many of the goods that America currently lacks, including retail jobs where these goods are brought. With many people no longer liking the idea of doing those jobs at low wages, many of these jobs remain vacant, which only exacerbates the inflation crisis further.

For a good while in the foreseeable future, it seems as though these high inflation prices are here to stay, with the good news at least being that they are no longer rising as high as they were previously. Unless another unforeseen crisis pops up at the most inconvenient of times, it’s hard to see that changing, but this is still a concerning state of affairs all the same. It will be very telling to see just how wages, prices, and the job market are all affected by this matter in the future.